There are a variety of materials that can be used for PCB prototype printing stencils. When just a handful of mixed technology boards need to be populated with components in many cases it does not make sense to use an expensive framed stencil, set up the printer and tune in the printing parameters and print and clean the stencil and all of the stencil printer components, rather it makes more sense to hand print and use a PCB prototype stencil. These prototype stencils consist of a foil only (not mounted in a frame) and can be affixed and aligned to the board using simple tape. 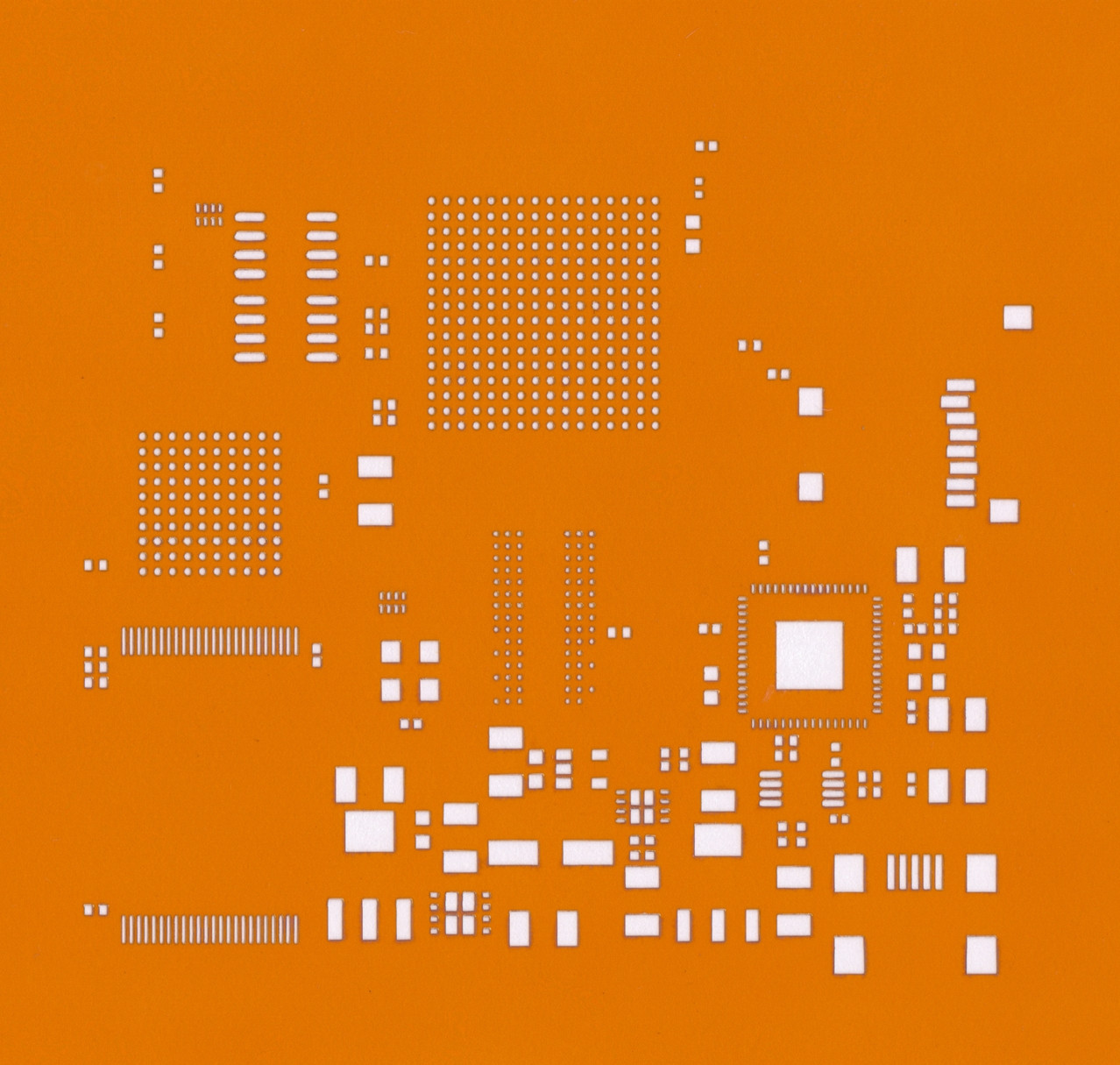 PCB prototype stencils today are made from either a plastic film material or stainless steel. Typically the plastic film stencils are used when a lower technology build from a DIY’r, student or hobbyist is required. Recommendations for the minimum pitch to process using these stencils is 1.0mm. Stainless steel stencils are used when there are fine pitched devices in the build and more than 10 pieces will be assembled as the “prototypes”. Some PCB prototype stencils have “flaps” on their sides so that solder paste does not spill over on to other areas of the assembly area.

In some cases PCB prototype stencil “kits” are assembled and can include the stencils as described above, a properly fitted squeegee, board holders and the proper solder paste. 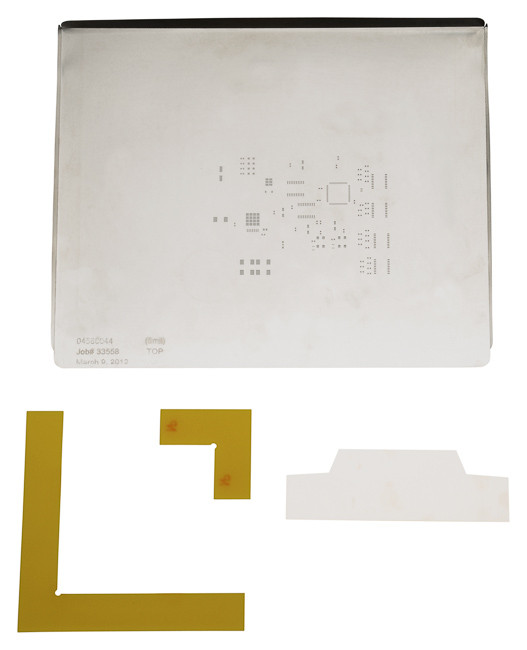 Boards are processed by first taping down the topmost edge of the PCB prototype stencil. The stencil , which is “hinged” on the tape, is lifted up and the PCB to be printed is placed underneath the stencil. Board holders are then taped in to position such that the apertures are aligned to the underlying board held in the board holder. Solder paste is then rolled through the apertures using the supplied squeegee the stencil is lifted up and now the board can be carefully slid out from underneath the stencil and parts placed precisely in to the solder paste. Finally, a profiled reflow source then “melts” the solder paste and the components are attached.